I wonder how many times we pass the end of a road without giving a second thought to where it might lead or what delights we might find were we to follow it? The road to Kinloch Hourn proved to be such a road during my recent Scottish trip.

Turning off the Skye road beyond Invergarry, the road to Kinloch Hourn begins in a wooded lane which hugs the northern shore of Loch Garry for five or so miles to the hamlet of Tomdoun with its delightful little church. Five miles on, when you come to the tiny settlement of Kingie at the head of Loch Garry you are already in the wilderness and amongst the high hills of Glenquoich.

Glenquoich, the River Garry above Kingie and the Knoydart hills beyond

The views in all directions and the barren remoteness of Glenquoich revived long-unvisited memories of backpacking days in the Western Highlands more than twenty years ago. On this day, however, as I dawdled on along the single track road, taking in the splendour of it all, I could happily acknowledge that the road was more easily travelled from behind the steering wheel. 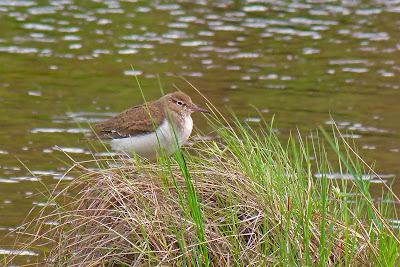 A Common Sandpiper (Actitis hypoleucos) on the northern bank of the River Gary
In the 1950's, the glen was dammed beyond Kingie raising the waters of the existing Loch Quoich by one hundred feet: sadly, it suffers today from the same unnatural shape and scarred, low-water shore line of many other man-made lakes. On rocky rain-washed outcrops near the dam, I found many Common Butterwort (Pinguicala vulagaris). It was the first time I had seen these stickily hairy carnivorous perennials ... 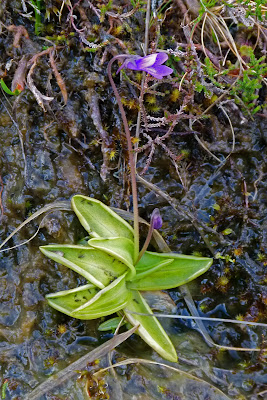 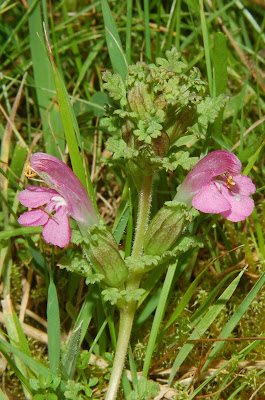 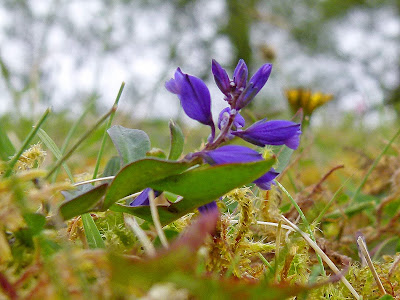 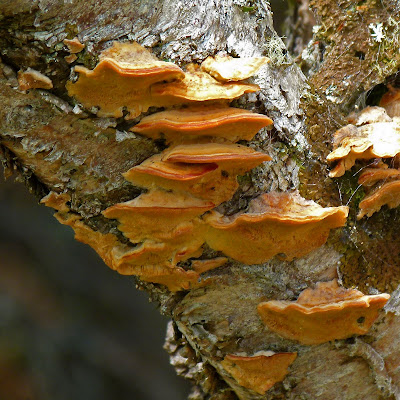 The Red Deer, featured in my last piece, were found near the head of Loch Quoich. Further on still, the steep descent to the road end at Kinloch Hourn begins (the link to the Undiscovered Scotland pages provides further information and pictures). The settlement comprises one or two houses and a farm, the latter offering food and basic accommodation for hill walkers, climbers, cyclists and exploring motorists! A path along the southern shore of Loch Hourn takes walkers to Barrisdale and on into the Knoydart peninsula while another path along the northern shore, takes walkers to Arnisdale and Glen Elg. 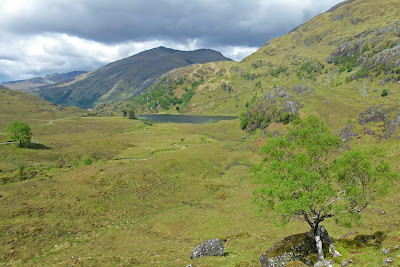 Near the end of my journey and before the steep descent into Kinloch Hourn, at the foot of the dark hill to the left of centre in this picture, this view over Loch Coire Shubh opened up
Posted by Emma Anderson

Stunning scene shots Emma and those flowers are some I never see.

Stunning photos...nature at its finest. Just found your blog...can't wait until you post again!

Makes me want to return to Scotland. My brain isn't the type that retains names of plants and animals, unfortunately, because it must add so much to the experience to know what it is you are seeing. Lovely photos.

... and thank you for visiting my blog, describing my wildlife wanderings in Northumberland and elsewhere. I do hope you will find my observations interesting.

Living in retirement in Redesdale, Northumberland, in the midst of England's wild and remote border country with Scotland, I find much in the beautiful countryside surrounding my home to interest me. The greater part of my observations will be about natural history but if the landscape, history or traditions of a place I visit inspires, I might well write about it too.

© All of my photographs are protected by copyright.

Here is a list of everything wild pictured or written about on this blog, including habitats I am a member of: